The last three days I was at the 2017 Convergence Conference, hosted by ATLE and AAHEIT. This post is some of my reflections, written mostly to clarify my thoughts and for my future self.

Supper, as with all of the meals, was a great way to network and reconnect with other technology and education oriented people from around the province, as well as those from my school division that I don't see as much anymore.

The opening keynote with Dr. Julielynn Wong was great. I'm definitely going to explore 3D design for humanitarian purposes such as Medical Makers. My favorite quote from her was something she said to a student, "The sooner you get your prototype done, the more lives you will save... so no pressure." I'm also more inspired to explore drones (quadcopters and fixed-wing) for humanitarian purposes such as delivering medial supplies to remote communities. So many possibilities.

The vendor hall, as always, was a very cool. I love the conversations with vendors about what they are doing and how these technologies can impact student learning. And I got to try the new Acer VR headset with Windows Mixed Reality.  It is cool, but maybe I'm spoiled by the Oculus Rift and HTC Vive... the lack of hardware IPD adjustment is somewhat of a deal breaker for me.

Speaking of VR headsets, I'm actually very excited for some upcoming stand-alone headsets that don't require a PC or mobile device, specifically Oculus Go and Daydream Standalone. These look like they'll be less expensive and probably nicer than putting a phone in a VR holder. More about that later though.

I presented on Students Programming and Flying Drones. Despite being early in the morning, there were enough participants for good interactions and insightful questions.

Karen Plant's Breakout EDU in EPSB session included some cool ideas for both digital and physical "breakout" games for staff and students.

Hopefully my session Student-Produced Live Video was valuable for participants. Again there were good questions, and it was good to hear about how other schools and divisions are doing similar things.

Speaking of participants, I was reminded again of how excellent the Sched site is. On Wednesday night we were able to identify that a lot of people had added two particular sessions to their schedule, and so we moved those sessions to our larger rooms. Since everyone was referencing the digital schedule, it was mostly seamless (I did need to redirect one or two people).

Joseph Clark's session Implementing CTF on a Division Scale, One Division's Journey was one I intended to attend, but was unfortunately only able to be there for the end of it. However a few attendees said it was one of the highlights of the conference for them.

One of my favorite sessions, apart from the keynotes was David Chan and Barton Satchwill's The data frontier: data science in Alberta and K-12. Last year they had shown us the start of their data science initiative (and Jupyter notebooks, which I have since used with students), but this year they were talking more about how data science can, and is, being used in education. Very cool stuff, and there is a lot to learn here. 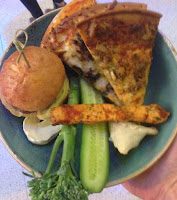 Of course the gala reception at the Telus Spark science museum was a great time to socialize, take in a science film, see some awards presentations, and of course eat some great "appetizers".

Since it had been a long day with not so much sleep the night before, some colleagues and I headed out early and were on the train back to the hotels just after 9pm. Good day though.

Tired in the morning, but still up early to ride the train while listening to an audiobook. Much nicer than driving and parking.

My presentation 3D Design and Printing in Math Class seemed to be fairly well received. Of course I had the added advantage with this and my drones session that these were topics discussed by the opening keynote speaker. Again it was cool to hear about this stuff and hear about what is happening in other schools and divisions.

Will Rice's Google Expeditions: A Year in Review was very good. I liked hearing about how they have been implementing VR with mobile devices and to be reminded about Nicole Lakusta's curated database of virtual reality tours and field trips.

I briefly sat in on Janet Bell's Google Classroom and Docs for Secure Exams in Edmonton Public Schools, but one of my colleagues was there and said it was fairly similar to the path we had taken. Hopefully he was able to pick up some good tips and possible tweaks from her.

From there I hopped over to Jeremiah Okal-Frink's Successful Tech Leadership: Planning Sustainable Transformation. Definitely some great ideas, particularly around the different types of pilot projects (exploratory, technical, instructional, implementation).

Dr. Frink was also the closing keynote speaker. It was great how he really spoke to the theme of the conference, and reminded us to think about past trends (and fads) in technology and EdTech, and what life may be like for our students when they are adults (by 2030 at the latest).

All in all this was a great conference. I learned and tried new things, was encouraged and inspired, and made and strengthened connections with other educators and information technology professionals. Check out the hashtag #ConEdTech to see what some others have been saying about it. The one "criticism" I heard was that there were so many good sessions during this limited time, it was difficult to choose what to attend.